back of tuner card 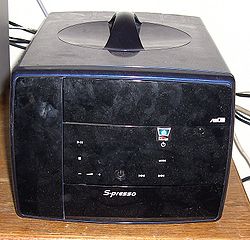 Can be found included in an Asus S'presso barebone from AsusTek. As can be seen from that ASUS product page, the included device is supposed to be an ASUS TV/FM card, however, as the pictures illustrate this is a completely different device; The card is actually a Leadtek Winfast TV2000 XP Expert, which itself, given the LR6611 board markings, is likely an OEM from LifeView. Apparently, this is not an isolated case: see [1] and [2].

I would like help getting this to work; mail me at whazilla@gmail.com