TBS6905 PCI-E DVB-S2 Four Tuner TV card is designed to fulfill the needs of watching/recording multiple satellite TV channels on PC simultaneously. It’s the successor of TBS6985. With Single tuner TV card, you’re limited to watch or record one satellite TV channel at one time only. While with this quad tuner TV card, you can watch one channel and record three other channels at the same time. Even more if you want to make full use of the recording power of TBS6905, you may record four whole TS (Transponder Stream), one of which could contains maximum ten, twelve SD or HD TV channels into your PC hard disk, in other words, you will be able to record up to 48 channels with TBS6905 in the same time. This feature contributes a lot especially when you are building up HTPC or IPTV streaming server. 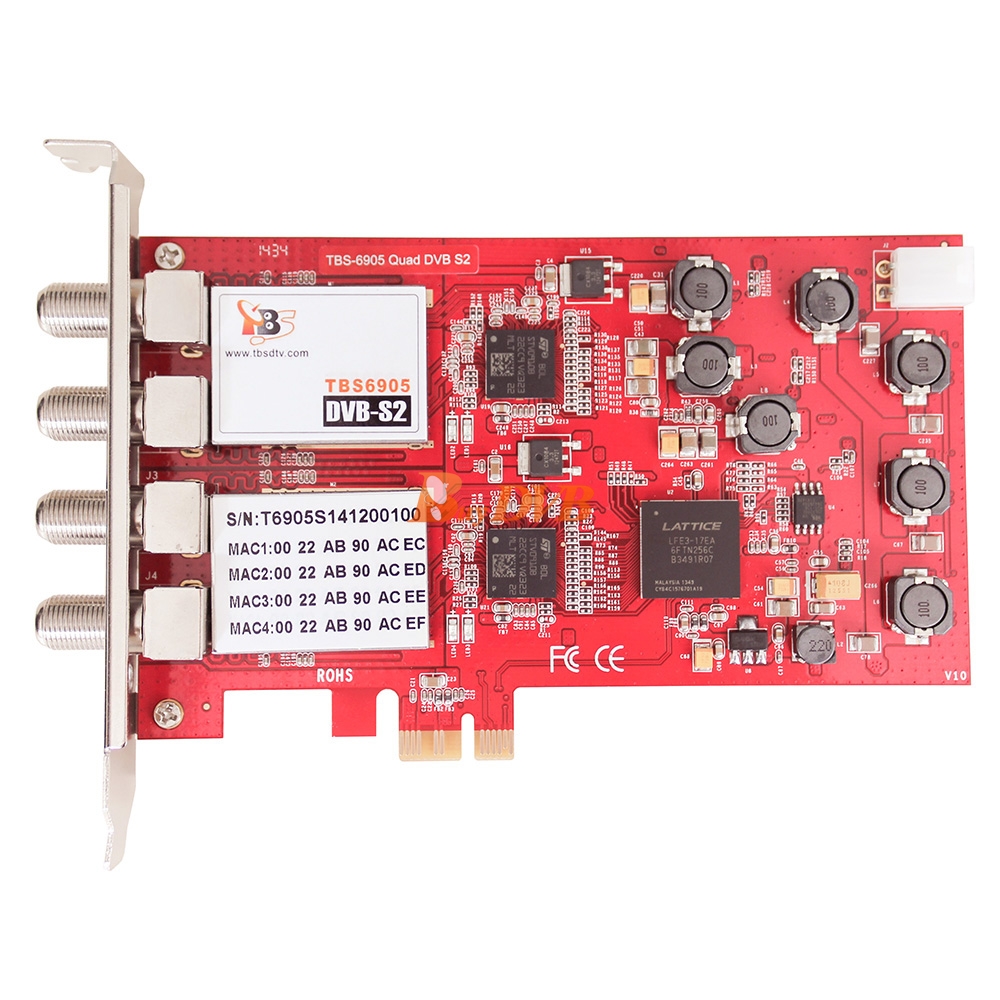 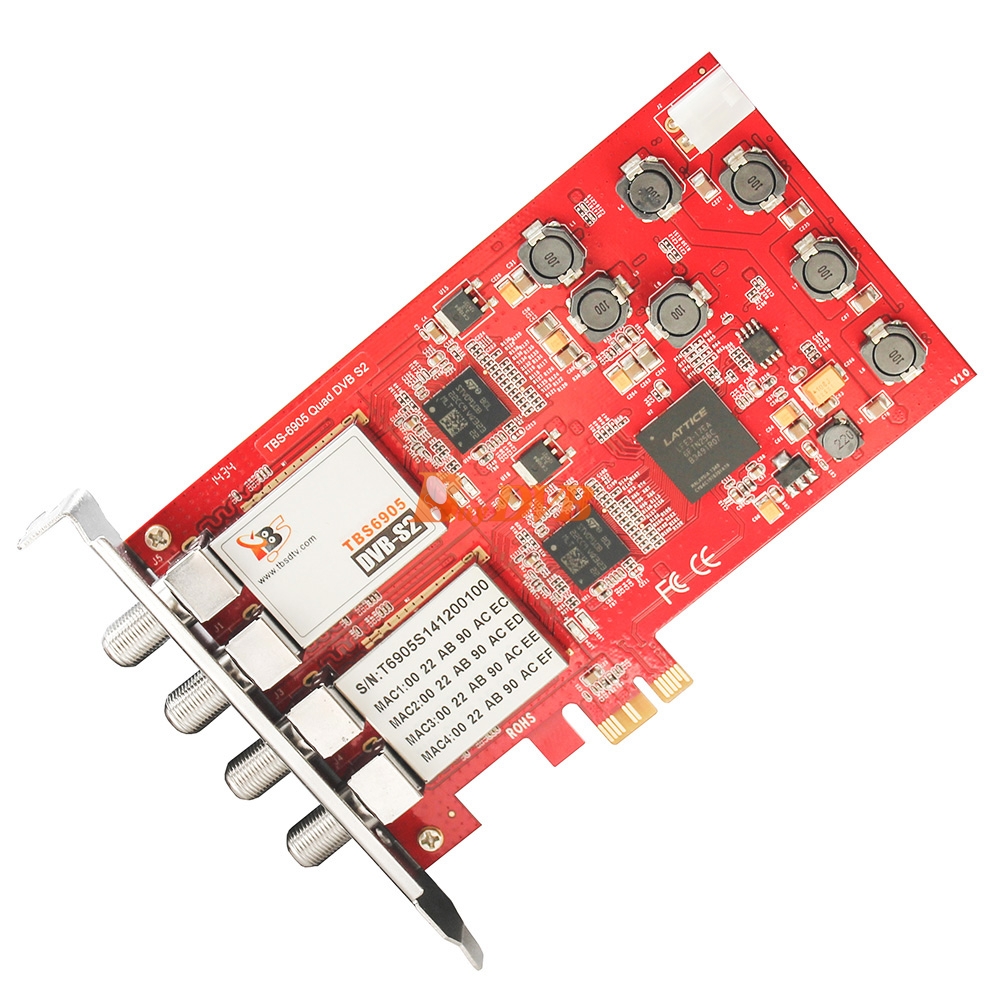 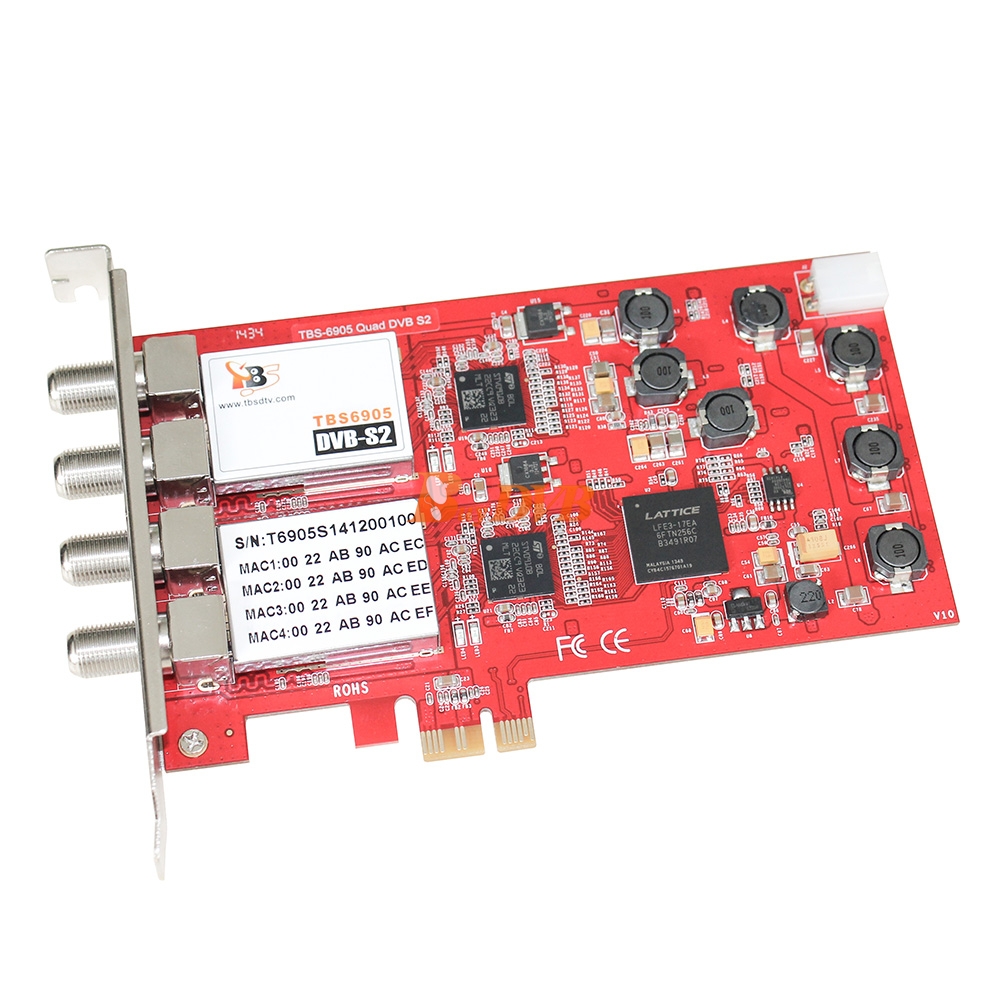 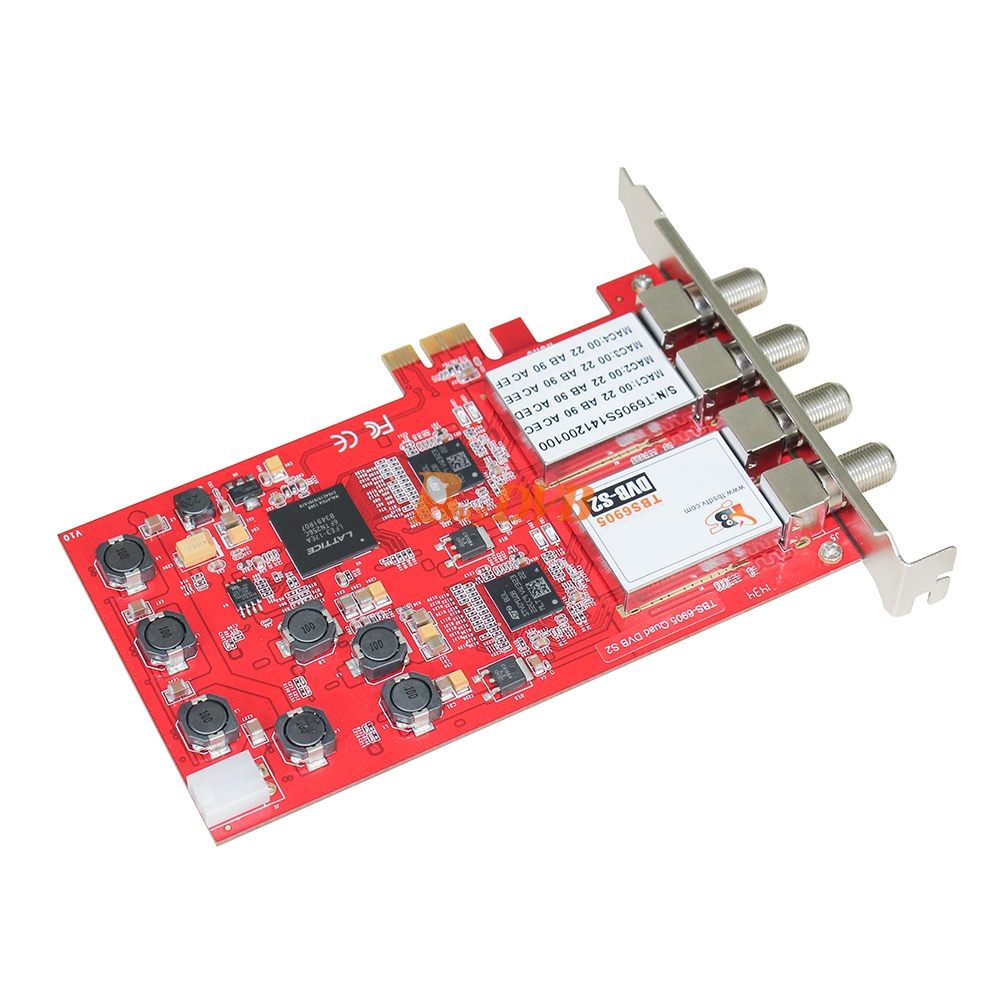 TBS Technologies is a company which specializes in developing, manufacturing and marketing of digital TV tuner cards for PC. Main products include PC cards for DVB S/S2, DVB-T/T2, DVB-C with single, dual, and quad tuner, CAM CI box for DVB-S2, USB TV Box for DVB-S/S2,DVB-T/T2,DVB-C. Most TV tuner products are Linux driver ready up to the latest kernel.