A DVB-S2 PCI card from TechnoTrend.

This card supported (but not working properly)(???) in the stock kernel as of version 2.6.29 commit.

This card is apparently also available/rebranded as the TechniSat SkyStar HD.

You should get lots of output, including a paragraph something like this:

This card works like a charm and out of the box like TT-connect S2 3600 USB in Ubuntu. No firmware installation needed.

This card supported (but not working properly) in the stock kernel as of version 2.6.29 commit so you should start off by trying the standard 2.6.29 (or later) kernel and making sure that the appropriate kernel modules are loaded.

Only start looking at experimental drivers described below if you need more recent changes or fixes.

Card only rarely locks onto any transponder

This is a known issue, and there is a patch available for it. First you have to get v4l-dvb source, instructions to do this can be found at How_to_Obtain,_Build_and_Install_V4L-DVB_Device_Drivers. Next, you need to apply this patch: Patchwork V4L/DVB: faster DVB-S lock for mantis cards using stb0899 demod

I welcome anyone to improve my instructions as they are messy (no time to figure out how to do this properly), but this will work:

Now, DVB-S transponders will lock reliably. I still see DVB-S2 transponders sometimes not locking properly in kaffeine and I will investigate whether this problem is kaffeine-related or if "scan" has the same problem. I've seen enormous data corruption occuring when tuning a DVB-S2 transponder, like there is a thunderstorm, but restarting kaffeine generally solves it. For now, this patch upgrades the S2-3200 from being a paperweight (it's too light for that really, I suggest using it as a bookmark) to a completely capable DVB-S tuner that, with some persuasion, can even be used for DVB-S2.

Such transponders can be found at Thor 0.8W and Hispasat 30.0W.

A way to use the similar (but USB) TechnoTrend TT-connect S2-3650 CI to help fix problem has been suggested here: http://www.spinics.net/lists/linux-media/msg01169.html .

Another way is to use 29999.999MHz for symbol rate. ( Successfully test with Eutelsat W2 / EuroBird 16E, Madagascar beam with OrangeTV)

Since kernel 2.6.28, DVB-S2 support has been implemented in the Linux kernel by means of a new API, version 5, also known as S2API.

Try the latest linuxtv.org repository, which is known as v4l-dvb. Changes here will go into the next kernel version: How_to_Obtain,_Build_and_Install_V4L-DVB_Device_Drivers.

or alternatively s2-liplianin is usually quite up to date:

Scan for channels with scan-s2:

Or install one of the main multimedia applications like Kaffeine or MythTV.

A driver using the obsolete multiproto API may be installed as follows. 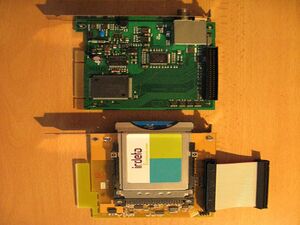